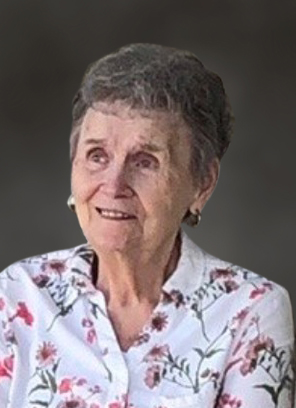 Memorials can be made in Mary's name to the Whittemore Library or to the Algona Community School Foundation.

Mary Jean Carlson was born September 10, 1938, in Algona, Iowa, the daughter of Donald and Edna (Nordstrom) Teeter. She grew up in Algona and attended the Algona High School.

On September 25, 1955, Mary Jean was united in marriage to John Carlson in Algona, Iowa. After their marriage they lived in Burt before moving to Whittemore in 1960. Mary worked in the kitchen for the Algona Community School District, managing the lunchroom. She retired in December of 2003 after 35 years of service. Mary very much enjoyed the wonderful group of ladies she worked with.

Mary enjoyed spending time with her husband, John especially on their road trips to Brainerd, MN, and Portland, OR. She also enjoyed knitting, crocheting, reading and working crossword puzzles. She was an active member of St. Paul Lutheran Church.

She was preceded in death by her parents and husband, John on December 8, 2011.

Posting as Who are you posting as?

Someone has supported the family by purchasing them flowers or gifts from the Healing Registry.

To the Carlson family -
Extending deepest sympathies on behalf of my mother (Louise Engstrom) and myself.

Our deepest sympathy to all of you.

My Deepest Sympathy, Carolyn and Family 🙏

I am sorry for you loss. I feel so fortunate to have known Mary Jean when I was a young girl and my Mom worked with her and then to reconnect in the last couple of years. She was a very special lady! I will never forget her!!

So sorry for your loss. Mary Jean always seemed to know me when we visited her at the Manor. She was an awesome lady and served her church and community well. Sharon and Rich Thill

Mary Jean, is my sister in-law. What a dear sister and friend she was to me, she always had time to stop at my home in Algona when she would complete her work as a cook at the Algona schools. Invariably she would bring me a gift, something decorative she new I would like , home made goodies or just her smile. Mary and johns home was always a favorite one for our children to visit, they knew they would always be greeted in a fun and caring way. Plus Mary would always say to them “go pick out a treat” from their big deep freeze, where there were a lot of Dairy Queen treats or homemade cookies etc. Mary Jean had so many unique collections, and decorating ideas. She was a very hard worker and always ready to help others. Norm and I and our children, Stacey, Gina, Spencer and Jessica will remember you FOREVER, and never forget the many great memories we have of you Mary Jean. Our hearts are full of love for those who are mourning her loss ❤️
Mary and Norm Carlson 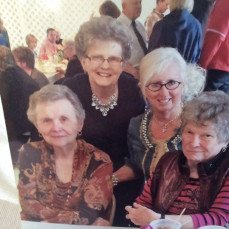 *Due to time restrictions, delivery to service is unavailable.

Healing Registry Unavailable at the Moment!

No thanks. Go back to cart.
Product Details

Let the family know who you are using one of the quick sign-in options below.

The attached photos are added to the memorial of Mary Jean Carlson to help share their legacy.

Add to Your Calendar

We will notify you soon.

You will receive an e-mail daily when a guest leaves a tribute on this obituary.

You will receive a notification text whenever there's an update to this obituary.

Thank you for sharing your memory of Mary

Help show your support by providing a gift of flowers and spreading the word.